Akasa Air Established to be a Low-Cost-Carrier, Summer Launch Upholds

In a recent interview on January 11, the CEO of upcoming Indian airline Akasa Air, Vinay Dube has confirmed that it will not be an ultra-low-cost carrier. As far as the launch of the airline is considered, the airline is expected to begin its operations in mid-2022 even though it still awaits the crucial Air Operator Certificate (AOC). All the previous rumours regarding the upcoming airline claimed that Akasa Air will indeed be an ultra-low-cost carrier but for the first time, an official statement regarding the matter was made.

The Future of Akasa Air

In an interview with Times Group, the CEO of Akasa Air cleared all the rumours around the business model of the soon-to-be-launched airline. Defying all the speculations of the airline being an ultra-low-cost carrier, the CEO said in a statement that Akasa Air will be a low-cost carrier. He said that the airline has been wrongly characterized as a ULCC in the past and in fact, the airline is going to be a budget carrier. He added that Akasa Air will have a single fleet type, a single class of service, and all the other peculiarities of a budget carrier. He also said that the airline will offer a very efficient customer service which will be reliable, as well as the services, will be quite affordable.

Talking about the highly competitive aviation sector of India and how would Akasa fit in, Vinay Dube said that the growth projection of the industry has enough place to accommodate Akasa Air. He also talked about having a strong belief in the airline’s highly experienced founding members who can take reliable decisions from day one which will pay out over the next 10 years.

However, it is still to be discovered that how will Akasa Air operate in a country that is about 50% dominated by a single airline. Akasa is yet to reveal the cities which will be on the focus of the airline, although there have been reports of airline officials being in talks with various stakeholders such as Delhi, Mumbai, and Bangalore airports, as well as the Airports Authority of India. The rising cases of the Omicron variant have not yet spoiled the plans of the airline to launch its services in the summer of 2022. The carrier is already hiring pilots and cabin crews which has also resulted in an increased demand for their services for the first time since the pandemic hit. 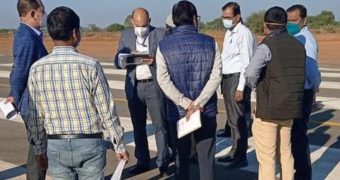